The science of happiness 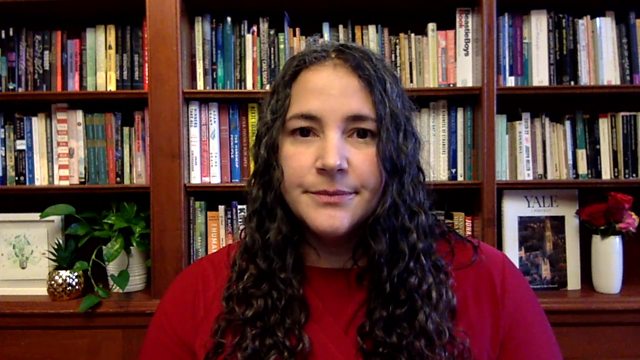 Stephen Sackur speaks to American psychologist Professor Laurie Santos, whose work at Yale University on the science of happiness has won her an audience of millions thanks to her podcast and free online courses. With strict lockdowns in many countries around the world, isolation, economic insecurity, the absence of family and friends, Covid is putting enormous pressure on our mental health. Can we really learn how to be happy? 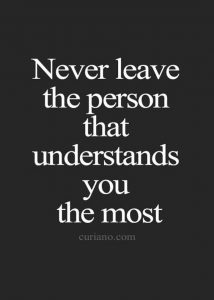 1 The World Book of Happiness

3 The philosophy of love: Antoon Vandevelde at TEDxLeuven

Antoon Vandevelde has studied economics and philosophy at the University of Leuven. For a long time he has been teaching at Leuven University. His research is mainly situated in the field of economic and biomedical ethics and political philosophy.
In his TED talk, Antoon will point out that three conceptions of love have emerged from the history of philosophy. Platon, Spinoza and Alain Badiou, a contemporary philosopher, are his main sources of inspiration. He shows how these theories about love correspond to three distinct conceptions of happiness. In fact, these are not exclusive alternatives. Together they offer a picture of three dimensions of love and happiness.

Hour of Power with Bobby Schuller

This week, Pastor Bobby welcomes Australian born motivational speaker, Nick Vujicic. Born without arms or legs, Nick is one of the most widely watched and listened to international Christian evangelists. His ministry “Life Without Limbs” is about sharing the hope and love that Nick has personally experienced with people all over the world. For more information, go to lifewithoutlimbs.org. Today, Nick brings the message “Seek God’s Plan.”

5 TEDxGhent – Leo Bormans – Is the glass half full or half empty? The final proof!

6 Prof. Dan Gilbert — The Science of Happiness: What Your Mother Didn’t Tell You

Most of us think we know what would make us happy and that our only problem is getting it. But research in psychology, behavioral economics, and cognitive neuroscience shows that people are not very good at predicting what will make them happy, how happy it will make them, and how long that happiness will last. One reason for this is that our cultures provide us with both wisdom and myth about the true sources of human happiness. Our mothers were right about some things and wrong about others, and science is beginning to reveal which is which.

This lecture is a part of albumholland.com. Album Holland is a project in which people contribute to the songs on the latest record of Rotterdam based songwriter Mark Lotterman. More info and contributions on albumholland.com

8 Build A Life, Not A Resume | Street Philosophy With Jay Shetty

Motivational philosopher Jay Shetty explains how failure may not build resumes, but builds character and helps us learn to adapt to change.

10 What Makes a Psychopath?

Jim Fallon is a US-based neuroscientist. In a weird coincidence at work several years ago, Jim says he accidentally discovered that his own brain scans showed identical activity to that of a psychopath. This week, Jim faces questions from world experts to discuss his self-diagnosis and to broadly discuss empathy (or lack of it). Insight: Tuesdays at 8:30pm on SBS ONE http://www.sbs.com.au/insight

When you read the regrets people have before they die, it will change the way you live – join me here today

Excerpt from an article from entrepreneur:

Before you judge yourself — or someone else — on what didn’t get done today, reflect on the bigger picture. Take a moment, maybe even close your eyes, to reflect on what you’re working on and why it’s important to you to get it done. Then, read on.

“I wish I had worked more,” said no one on their deathbed.

I know it’s hard to think about a time that (hopefully) is a long time away from today. No one wants to think about dying! So back it up a bit. Open your calendar, and fast-forward 90 days. Ask yourself this question, “What will I wish I had spent a little more time on?” That question will get you thinking – reflecting, really — on where you need to spend a little more time tonight!

Regret takes a toll on us. Not just our hearts but on our souls. When we let people down, when we do the bare minimum when we know we should have given it our all or when we simply just didn’t show up, emotionally or physically, they take a toll. Some regrets we can move past in a moment, others linger for a lifetime.

12 Why should we teach Moral Reasoning? | Phil Temple | TEDxNorwichED

Gepubliceerd op 3 apr. 2017
In his day job, Phil works with those on the very edge of society – men with a neurodevelopmental disorder, who have (in general) committed at least one relatively serious criminal offence. In this context, he has seen first-hand the huge benefits of intentionally teaching moral reasoning.

What impact could it have we taught this in schools, and in any other forum available? Not in a generic or abstract way, not by chance or just by example – but intentionally, by design, through dedicated, evidence-based courses.

Using personal stories, research evidence, live examples and perhaps a little neuroscience, his aim is to illuminate the opportunities available in this sphere. To ask:

Could we avoid the worst-case scenario of people ending up in my care? Could we set our students up for a healthier future? Could we make our world a safer, kinder place? And could we inspire future generations – indeed all generations – to consider the kind of people they are, and how they can positively shape the world in which they live?

Phill’s day job is as a Speciality Doctor in Forensic Neurodevelopmental Psychiatry, working with an inpatient population of men with a Learning Disability and/or Autistic Spectrum Condition who are detained under the Mental Health Act. He is also an Associate Pastor at Proclaimers – a dynamic, relevant, welcoming church with campuses in Norwich, Ipswich and Bratislava. He has been speaking on one stage or another for over 10 years; and is known for communicating with creativity, insight and humour.

This talk was given at a TEDx event using the TED conference format but independently organized by a local community. Learn more at http://ted.com/tedx

13 Michael Sandel: On the Good Life

Michael Sandel, professor at Harvard University, was nicknamed as one of “the most relevant philosophers of today.” His online course “Justice” has created a buzz around the world, which won him a legion of admirers. In an interview with CCTVNEWS’ anchor Tian Wei, Sandel suggested that anger toward immigrants around the world comes from people’s lack of control for forces that govern their lives, the sense of oneself being unimportant and lack of respect from others. Watch the interview for more.

Our society is in the midst of a social crisis, says op-ed columnist and author David Brooks: we’re trapped in a valley of isolation and fragmentation. How do we find our way out? Based on his travels across the United States — and his meetings with a range of exceptional people known as “weavers” — Brooks lays out his vision for a cultural revolution that empowers us all to lead lives of greater meaning, purpose and joy.

16 Why Finland And Denmark Are Happier Than The U.S.

What does it take to be happy? The Nordic countries seem to have it all figured out. Finland and Denmark have consistently topped the United Nations’ most prestigious index, The World Happiness Report, in all six areas of life satisfaction: income, healthy life expectancy, social support, freedom, trust and generosity.

Learn more about work-life balance secrets from the happiest countries in the world on CNBC Make It: https://cnb.cx/37So3YY

Each year, a group of happiness experts from around the globe rank 156 countries based on how “happy” citizens are, and they publish their findings in the World Happiness Report. Happiness might seem like an elusive concept to quantify, but there is a science to it.

When researchers talk about “happiness,” they’re referring to “satisfaction with the way one’s life is going,” Jeff Sachs, co-creator of the World Happiness Report and a professor at Columbia University, tells CNBC Make It.

“It’s not primarily a measure of whether one laughed or smiled yesterday, but how one feels about the course of one’s life,” he says.

Since the report began in 2012, Nordic countries — which include Denmark, Norway, Sweden, Finland and Iceland, plus the Faroe Islands, Greenland and Aland — consistently turn up at the top of the list. (The United States, on the other hand, typically lands somewhere around 18th or 19th place.)

17 What makes a good life? Lessons from the longest study on happiness | Robert Waldinger

What keeps us happy and healthy as we go through life? If you think it’s fame and money, you’re not alone – but, according to psychiatrist Robert Waldinger, you’re mistaken. As the director of 75-year-old study on adult development, Waldinger has unprecedented access to data on true happiness and satisfaction. In this talk, he shares three important lessons learned from the study as well as some practical, old-as-the-hills wisdom on how to build a fulfilling, long life.

Gepubliceerd op 11 jan. 2017
The First Family takes on some tough questions from their youngest constituents.
Subscribe to People ►► http://po.st/SubscribePeople

Gepubliceerd op 19 jul. 2018
✎ Jay Shetty’s Top 10 Rules for Success. Need motivation? Watch a Top Ten with #BelieveNation! Grab a snack and chew on today’s lessons from a man who went from being bullied as a child for being overweight and nerdy, to living as a monk across India and Europe and becoming one of the most viewed people on the Internet! He’s Jay Shetty and here’s my take on his Top 10 Rules for Success Volume 3!

★★★ BUILD UNSTOPPABLE CONFIDENCE ★★★
Get a FREE video every morning to help you build your confidence for the next 254 days. Find out here: http://evancarmichael.com/believe/act…

1) Whose opinion matters to you that you need to let go of this week?
2) What will you no longer settle for starting today?
3) What 3 things will you do to grow this week?

✎ As a child, he was bullied for being overweight and a little nerdy but he never let these experiences affect him. He lost two of his best friends when he was 16, one in a car accident and the other due to gang violence. After meeting a monk when he was 18, Jay started redefining success for himself. Inspired to make a difference in the world, at 22 he went to live as a monk across India and Europe. Since launching his video channel in 2016, Jay’s viral wisdom videos have garnered over 1 billion views. Jay meditated for 4-8 hours a day and experimented with various no water and food fasts to train the mind. He has created content for and partnered with Snapchat, Facebook, National Geographic, Nasdaq, and HuffPost. He aims to share knowledge at the pace we want entertainment, something he likes to call “making wisdom go viral”. He now works with the biggest brands in the world. He’s one of the most viewed people on the internet internationally.

Just For Laughs Gags
Some revolution leaders were mere ordinary citizens just minutes before they are asked to carry a big red flag for their country and lead a mob against… some guys in riot police gear. … Probably sometimes, maybe not really actually.
A presentation of JustForLaughsTV, the official Just For Laughs Gags YouTube channel. Home of the funniest, greatest, most amazing, most hilarious, win filled, comedy galore, hidden camera pranks in the world!