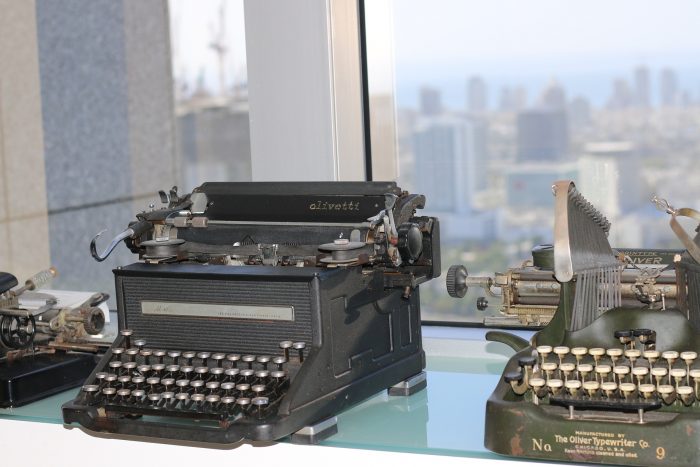 Transcript video Liam Allan – Behind the breakthrough: pressure and trauma

It is horrible knowing that there’s people in the cell screaming shouting banging next to you and you don’t belong in that place. You know in your head you don’t and then your mental health just starts to deteriorate and so quickly there’s from the second that you walk through that door and they shot it behind you…

January 2016, police officer knocked on my door and it really not necessarily a tiff of a confrontation in that aspect because I know that there was no reason for them to actually be there, in my mind, because I knew I hadn’t done anything that could have even brought them there, let alone what I was accused of and so when they initially came in, moms like the police won’t speak to you, can you knows what’s going on, and so.

I don’t know, they’ve asked, you know, we went up to the door, do you mind coming down for questioning, I’m not dressed and that. For them that was a sign of guilt that, no that I wasn’t dressed, it was more the sense of, I asked him, for they reminded me getting changed when I went down there and that was then when they went, oh can you jump out, but what can you jump out of a window, is there a back window drop out or a back door and all of these questions that are all like you can escape and I’ve not even I ‘don’t know what they’re here for yet.

You know they haven’t said you’re a tease of this and this, that came but half an hour, it’s how you know what I said seems like a stick and it wasn’t, I said do you mind if I speak while I get dressed so then you can that I still in the house and I’m still here and if my voice starts fading too much you know but be going somewhere and one of the police officers laughed, because he thought I was being just sake and the other one it just took it very seriously.

I went to walk through the door and whoa whoa whoa and you have a police officer oh I’m having a confrontation about like you know don’t come in the house you don’t even have any reason you haven’t given any information as why you’re at the door, let alone trying to get into the house.

Interviewer: Did they not said you are under arrest?

That didn’t come out of anybody’s mouth, you know, there were no handcuffs out, there was no nothing, it was a mind coming down for the station for some questions, it was very film like, you know, it was it’s a weird experience in a sense of I thought if you are under arrest, they tell you there and then straight away I get into the car and then they tell me that there’s been some serious accusations made against me, and now I’m under arrest and then they detail what the accusations were but not in depth.

About exactly how the accusations go on, and so forth from that and get down to the police station and you know I wait six and a half hours or something, stupid in a holding cell one of the police officers was nice enough to offer me a curry for dinner, which I turned down. I didn’t trust it and you know it, it’s horrible knowing that there’s people in the cells screaming shouting banging next to you and you don’t belong in that place you know in your head you don’t and then your mental health just starts to deteriorate and so quickly there’s from the second that you walk through that door and they shot it behind you.
I thought I’m not supposed to be here and you cut you don’t want to be the person that screaming hoot and let me out, let me out, you look crazy, but that’s what your head is doing, your head is sitting there, suddenly they asking questions they must have made a mistake, this must be wrong where’s this coming from?

Who said it who’s done this, who’s done what, you know, where could this have possibly got to this stage? And so you know the question in it was fairly casual, is just backdated on the relationship across the timespan, which it was that day would be about two thee years around that’s all time length and it’s just crazy, because when I hesitated at one point, they asked me if I had, if we tried something or something similar on those lines, and you know I’m trying to think back it’s a long time ago, so it took a little bit item to think back, because I’m trying to be as honest as possible in this stage and cooperate and that got taken as a sign of guilt instead and it’s it’s weird how those things can just be jumped and it’s very easy for it to be jumped on.
I suppose the police have some tracks got on with you know after I’ve been released and everything like that, I was one that was calling him, I was one that was in constant contact with him so the very person is investigating it. I was the one that was asking, you know okay well whatever the decision make, been made yet you know, if you finally find the truth and I’m my anxiety is kicking in, because I’m in the middle a university degree, I’m at work um you know I have a normal life and a very extraordinary, in the sense of, this doesn’t in my mind, this didn’t happen to everyone and now comes, believed that actually this happens a lot more frequently than people imagine, and I suppose I think that the mismatch in that, the disparity in the figures is that you know 5% are falsely accused and 95% are real. I think a lot of that is there’s a lot of the no further actions, that don’t get classed as a false accusation but do get classed actually somebody was raped but it didn’t they didn’t go for it wasn’t convicted and that baffles me to this day still.
At minute 5″
Because if it’s no further action then take a neutral point of view, that it could have happened, it couldn’t have happened, but there’s no definitive answer right now to say that it did happen, which means there’s no definitive answer you know possibly that they didn’t happen but then you remain neutral, in it not jump straight to the fact that I it happened they just couldn’t find the right evidence to prove it, well that’s not true, because then you could say the other way around, you well it didn’t happen, they just couldn’t find the right evidence to say that it didn’t happen, and so is is it’s how you look at is as perspectives.
I suppose this interpretation of the situation and I think that’s where part of it is going wrong, there’s a lot of things that are going wrong, you know for falsely accused and all sorts of being it the accused of a crime in general and so I waited, I had an agent at the police station, it was very didn’t know anything about it, didn’t even who my legal representation was gonna be, was just told to wait and we go from there really is six months of waiting seven months of waiting.

Ref: It is horrible knowing that there’s people in the cell screaming shouting – transcript.docx

Just For Laughs Gags
We definitely don’t endorse anyone committing real theft, but we might be okay with pretending to do it.