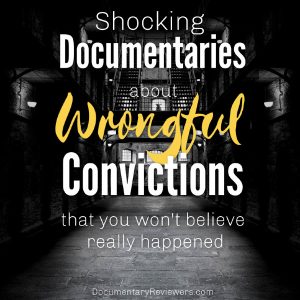 In 1986 Michael Morton’s wife Christine is brutally murdered in front of their only child, and Michael is convicted of the crime.

Locked away in Texas prisons for a quarter century, he has years to ponder questions of justice and innocence, truth and fate.

Though he is virtually invisible to society, a team of dedicated attorneys spends years fighting for the right to test DNA evidence found at the murder scene.

Their discoveries ultimately reveal that the price of a wrongful conviction goes well beyond one man’s loss of freedom.

1 Imprisoned: The Man at the Party. Jerome Morgan, wrongfully imprisoned for 20 years

RT Documentary
Jerome Morgan was just 17 when a 1993 Sweet 16 party went terribly wrong, and he was falsely convicted of murder. He was sentenced to life without parole at the notorious Angola Prison, the largest maximum-security jail in the US. In 2001, a legal organisation called Innocence Project New Orleans (IPNO) took up Jerome’s case and discovered crucial police files that had not been presented in court. They proved that Jerome could not have committed the crime. Two key witnesses also came forward to change their testimonies, claiming that detectives had forced them falsely to identify Jerome as the killer.

Jerome Morgan found freedom after 20 years behind bars. This is his story in his own words, along with those of his friends and lawyers.

This is part of a brand new series for this channel called “Minutes With…”.

In each episode we’ll sit down and talk to someone who has an interesting story to tell. In this episode we hear from Raphael Rowe, an innocent man wrongfully imprisoned for murder.

His autobiography ‘Notorious’ will be out this Autumn and Series 4 of ‘Inside The World’s Toughest Prisons’ is available on Netflix now.

Just For Laughs Gags
Construction worker is lifting a huge, heavy block of cement when he accidentally drops it onto his partner, crushing him into a flattened pancake right in front of horrified prank victims. The worker tells prank victims not to worry; his solution is to get out of his truck and feeds the smushed man some water.
Filmed in Montreal, Quebec Welcome to the world-famous channel, where we pull public pranks on unsuspecting Montreal residents and tourists.