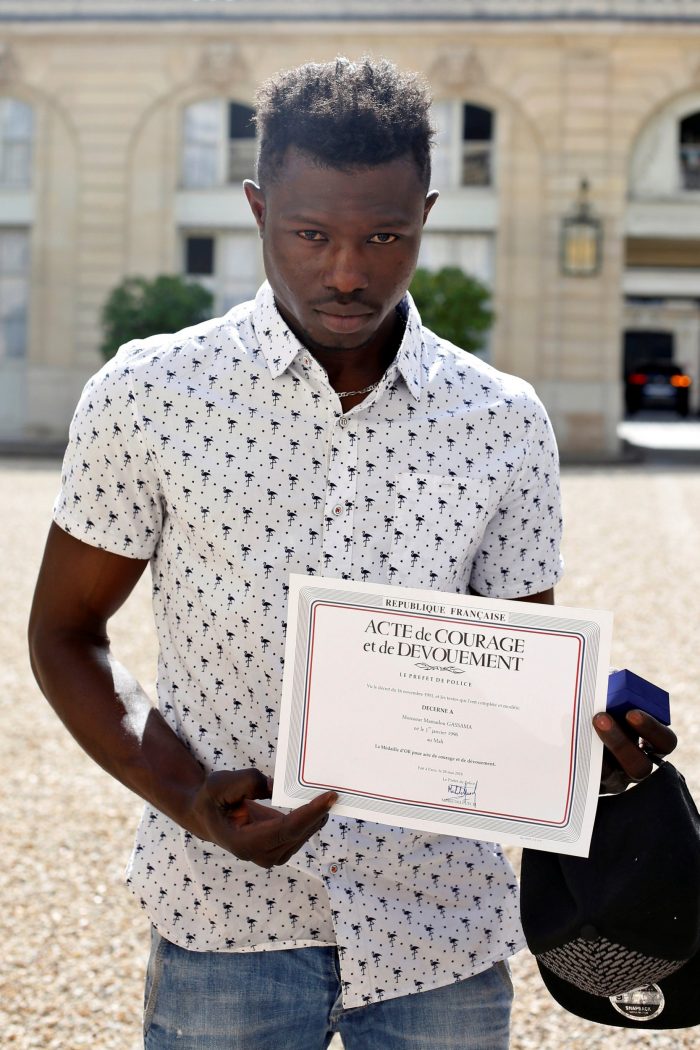 An illegal immigrant from Mali was granted French citizenship by President Macron yesterday in recognition of his bravery in scaling a block of flats to save a child who was hanging from a balcony.
Mr Macron invited Mamoudou Gassama, 22, to the Élysée Palace to congratulate him on his daring four-floor climb up the façade to where the four-year-old boy was clinging on. Video of the incident, in northern Paris on Saturday night, went viral on social media.
“This is an exceptional act,” Mr Macron told Mr Gassama, who crossed the Mediterranean in a boat from Libya, spent time in Italy and came to France last autumn. “We’ll be setting all your papers straight and if you want, we’ll start the process of naturalisation so that you can become French,” he said. “You have become an example because millions have seen you.”

Mr Macron also awarded Mr Gassama a gold medal for bravery and suggested a job for him. “What you have done is like what firefighters do. If you agree, you could join the fire brigade and do these things every day,” he said.

Anne Hidalgo, the mayor of Paris, also praised Mr Gassama’s heroism and promised that the city would help him.
Mr Gassama said that he had not hesitated when he saw a crowd below the balcony, where a man was trying to reach the child from the neighbouring flat. “When I started to climb, it gave me courage to keep climbing,” he said. “God helped me too. Thank God I saved him.”

The child’s father has been taken into police custody and charged with parental neglect. The mother was not in Paris.
Mr Macron said that there was no contradiction between rewarding an act of bravery and holding firm on immigration. “An exceptional act does not make policy,” he said later.
The far-right National Front, which wants the automatic expulsion of all undocumented migrants, said it approved of Mr Macron’s gesture to Mr Gassama. 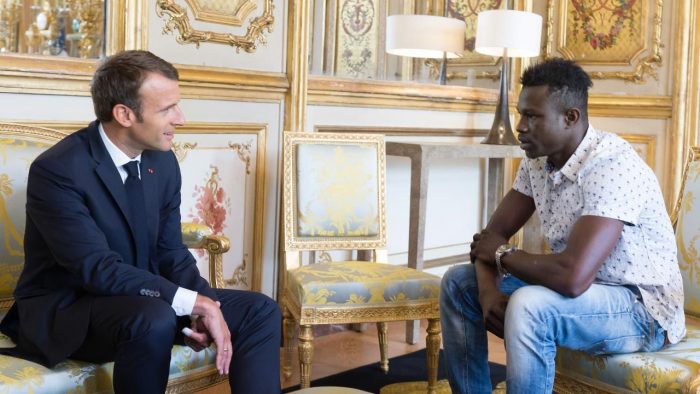 Just For Laughs Gags
Just an innocent toy helicopter? No sir! This is the new ultra weapon!