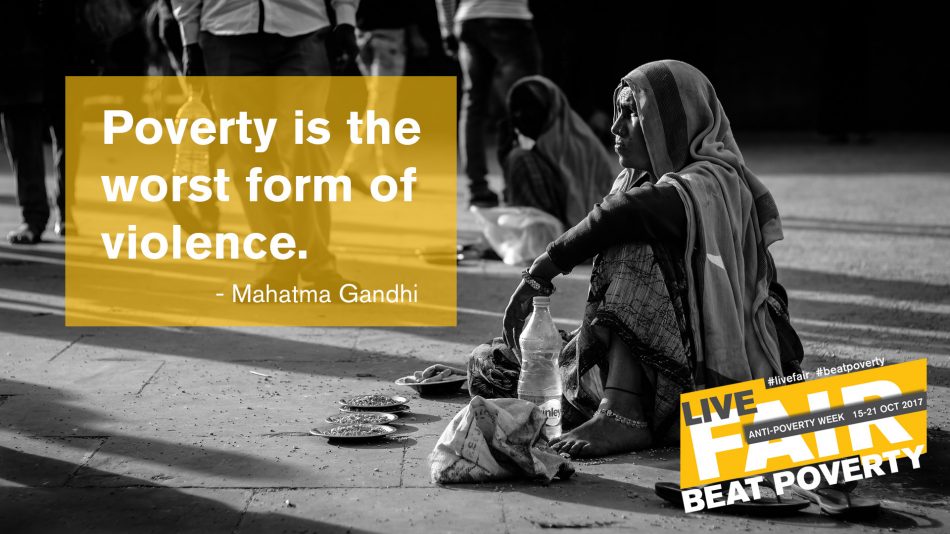 Real Stories
3.5 million children are growing up in poverty in the UK. It’s one of the worst rates in the industrialised world and successive governments continue to struggle to bring it into line. Struggling & without a voice, ‘Poor Kids’ shines a light on this pressing issue.
Poor Kids was produced by True Vision Productions. If you wish to find out more the people featured in this documentary then go to http://truevisiontv.com/foundation

2 Why is there still poverty in America? | The Economist

The Economist
In America almost 40m people—one eighth of its population—live in poverty. Why does the richest big country in the world still have so many people living in profound need?
Back to menu

According to Child Poverty Action Group figures, a quarter of Scotland’s children live in poverty and, shockingly, more than two-thirds of that number come from a family where at least one parent works. This sobering documentary looks at the lives of four families struggling to make ends meet.

Eleven-year-old John has moved to Dumfries from London while his mum’s application is processed for leave to remain in the UK. The family is not entitled to benefits so John, his 19-year-old sister Damola and their mum rely on the local foodbank. Damola, who volunteers there, says: ‘Without this place we’d be done. We would go hungry. John wants to eat when he wants to eat, it’s part of growing up’.

In Glenrothes, single mum Helen had to leave work to look after her 14-year-old autistic son Nathan. She’s careful, buying day-old rolls for 5p when she can, but still has to rely on financial help from 17-year-old son William, who earns just £3.50 per hour as an engineering apprentice.

In Glasgow, mum Marie’s health suffers as she worries about how she’s going to feed eight-year-old daughter Olivia and her teenage son, while in Aberdeen mum-of-three Kerry often goes without food to make sure her three children don’t have to. She says: ‘The reality is that a trip to the cinema could pay for dinners for a week so you have no choice but to deprive your children of what they see other children having all around them’.

The program shown in this video was produced by the BBC (British Broadcasting Corporation). We have not monetised this video, and we do not intend to profit in anyway whatsoever. No copyright infringement is intended.

You should not view this video, unless you have a TV License and you live in the United Kingdom.

If you are acting on behalf of the BBC and you would like us to remove this video from YouTube, please email Hello@KieranCairns.com.

BBCPanorama
As the government’s controversial new benefits system, universal credit, is rolled out, Panorama is with families as they struggle with their claims. The programme follows one council as it deals with mounting rent arrears and tenants in crisis. The government has responded to criticism of the new system by announcing more funding, but is it too little too late?
Back to menu

JayArgonaut
Declan Lawn investigates poverty in Northern Ireland and asks what impact welfare reform will have on those relying on benefits.
Back to menu

6 The Face of Poverty in Europe and Central Asia

What does it mean to be poor in Europe and Central Asia? It is living on less than $2.50 each day in the coldest region, where poverty drives daily choices of millions of people to cover the cost of food and bills. —- Production: Aarthi Sivaraman, Sogdiana Azhiben at the World Bank

7 US Poverty – No Way Out l We the People

This film was originally broadcast on Al Jazeera English in the run-up to the US elections in 2008.

One in eight Americans – that is 37 million people – live below the official poverty line. That means these families are often homeless, hungry and have no health insurance.

Over the past three decades, the rich have become richer and the distance between the haves and have-nots has widened.

In many western countries up to 10 percent of children live in poverty. That percentage is double in the US and the numbers are growing. What is worse, American children born into poverty have little chance of moving up and out.

We the People travels to Oakland, California, where a lack of opportunities, little investment in education and the legacy of the drug epidemic of the 1980s have created a cycle of poverty.

Fault Lines examines New York’s homelessness crisis and looks at the forces displacing many from their homes.

One in 30 American children is homeless, according to a recent report published by the National Center on Family Homelessness – marking an all-time high for the United States.

About 8.4 million people call the city of New York home, but more people in New York City are homeless today than at any point since the 1930s.

In just one decade the number of people living in New York’s homeless shelters has nearly doubled, reaching 60,000 per night in 2014.

It is a homelessness crisis – unprecedented in any other American city.

Why are so many in News York homeless? And why has the city failed to address its homelessness crisis?

Fault Lines looks at the forces that are displacing thousands from their homes and investigates what life is like for homeless people in New York City.

9 In LA, poverty on Skid Row defies US’ humane reputation

PBS NewsHour
Sanitary and living conditions for an estimated 2,000 homeless people along Los Angeles’ Skid Row are so severe that the United Nations recently compared them to Syrian refugee camps. How does extreme poverty persist in one of the country’s most expensive real estate markets? NewsHour Weekend Special Correspondent Simon Ostrovsky reports. This is part of an ongoing series of reports called ‘Chasing the Dream,’ which reports on poverty and opportunity in America.
Back to menu

HuffPost
The homeless epidemic in LA represents the inequality gap that is widening in the world, however we can still flip a U-turn by rethinking how we evaluate the issue.
Back to menu

Now an Official Selection to the 2020 Twin Cities Film Fest – Told through the residents who lived it, “The Wall” looks back at the saga of the 2018 Native American tent community in Minneapolis. Throughout the film, residents share openly and honestly about their journeys to the camp, their lives there, and their hopes for a better future. “The Wall” offers these stories within the backdrop of the overall story of the camp: its growth, the Twin Cities community response, and the eventual transfer of residents to shelter.

“The Wall” provides a unique and raw look into the struggles of American poverty, addiction, and homelessness. As a result, viewers walk away with a better understanding of what might be done to address these issues.

“The Wall” premiered in May 2019.
Fox 9 News, Minneapolis reported: “The audience quickly becomes captivated by the dark realities of addiction and despair.”
And WorldJournal.com wrote:
“…the film reveals the inner feelings and predicaments of the homeless, and causes the audience to pay attention to this group living in the shadows.”

12 ON THE STREETS — a feature documentary on homelessness in L.A.

Los Angeles Times
‘On the Streets’ is a 12-part video series about homelessness in Los Angeles. Journalist and filmmaker Lisa Biagiotti tackles this complex issue by putting faces to the statistics.
She starts by following The L.A.Times’ homeless data map, and sets out to have conversations with people who do not have homes. Since October, Biagiotti has been learning about their varied experiences and connecting their stories to larger issues. Along the way, she gains input and insights from Angelenos.
The series concept is to build a dynamic documentary scene-by-scene with our audience. Thank you for participating and helping us tell this story.
Back to menu

The US’ housing bubble burst nearly six years ago, but the worst may be yet to come.

After a landmark settlement, the major banks have lifted a freeze on foreclosures and government relief has been too small to make a difference.

“We are often portrayed as the bad people, like we basically just come in and make all the money from people who are in bad situations. But the fact is, if we don’t buy the property then the bank [will] take the property back.”

Public housing budgets have been slashed, leaving larger numbers of people with no place to call home.

The line between home ownership and homelessness is growing ever more blurry, but neither President Barack Obama nor Governor Mitt Romney have made housing a major campaign issue.

Meanwhile, popular anger is rising over the perceived impunity of the banks and some have found innovative ways of fighting back in an age of austerity.

Fault Lines travels to Chicago and California to see how people at the frontlines of the crisis are confronting the collapse of the American dream.

“If you ask people who have been foreclosed upon, whose fault is it? They often they say it’s mine. It’s my fault, I did the wrong thing, instead of kind of saying this is a systemic problem,” explains David Harvey, a social theorist and a professor of anthropology at the Graduate Center of the City University of New York.

“Capital is always producing surpluses, at the end of the day if you have got a profit, you’ve got a surplus and the big question is what do you do with it.

“[So] what you do is that you take part of that surplus and you reinvest it in something. And in United States, housing and urbanisation in general has been a vast field for expansion of profitable opportunities.”

CGTN
For more: https://news.cgtn.com/news/2020-12-14…
China has brought over 700 million people out of poverty through economic development. But over 100 million people remained intractably poor, trapped in poverty due to isolation, low education, and infirmities. After gathering and organizing materials for half a year, the American-Chinese co-production team of “China’s Poverty Alleviation at the Grassroots” immersed themselves into the local lives of China’s rural poor in remote mountainous areas. With “targeted poverty alleviation” being the main topic, five simple but touching stories personalize the process and depict the measures of combating poverty.
Back to menu

15 Memory’s Day: A Day in the Life of a Girl in Rural Malawi

International Livestock Research Institute (ILRI)
This documentary follows a teenage girl in rural Malawi through a typical day. Her challenges are those of hundreds of millions of other girls around the developing world. Her life highlights the importance of agricultural research for the poor.
Back to menu

TRACKS
In the Cambodian slums, one man must scavenge for food, collect trash, and risk it all to survive. With no experience of living in conditions like this, in a matter of moments, his world is flipped upside down.
Beyond Human Boundaries tells the story of Arman Alizad, an ordinary man, who travels with his cameraman to eight countries trying to get into a community, group, tribe or environment for 10 days. This is not only a show of endurance but an emotional story about people who live in some of our planet’s most unforgiving conditions.
Back to menu