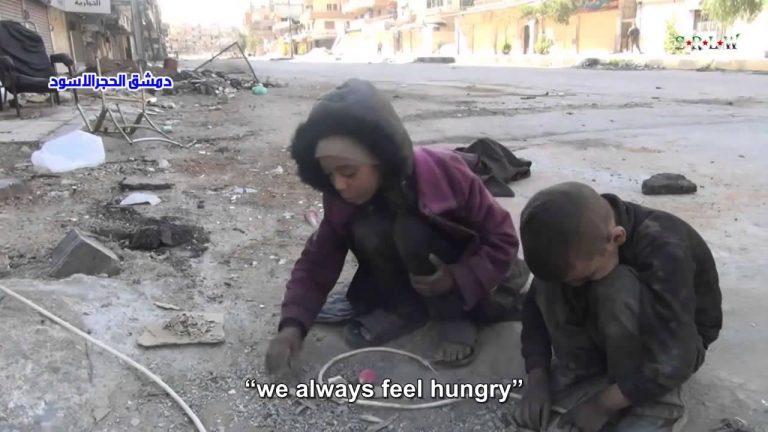 The Common Sense
Why India is Poor? This video tries to take you through a journey of India’s past. It shows how India became poor and why it’s still struggling with poverty.
Why is India Poor?
“Time Passing By by Audionautix is licensed under a Creative Commons Attribution license

How much inequality is too much?

740 Park Ave, New York City, is home to some of the wealthiest Americans. Across the Harlem River, 10 minutes to the north, is the other Park Avenue in South Bronx, where more than half the population live on food stamps and children are 20 times more likely to be killed. In the last 30 years, inequality has rocketed in the US — the American Dream only applies to those with enough money to lobby politicians for friendly bills on Capitol Hill.

This film was originally released as part of THE WHY series WHY POVERTY?

3 Reasons for poverty in India.

Do we know what poverty is?

The poor may always have been with us, but attitudes towards them have changed. Beginning in the Neolithic Age, Ben Lewis’s film takes us through the changing world of poverty. You go to sleep, you dream, you become poor through the ages. And when you awake, what can you say about poverty now? There are still very poor people, to be sure, but the new poverty has more to do with inequality.

This film was originally released as part of THE WHY series WHY POVERTY?

THE WHY
This Debate is part of a global event hosted by the BBC and 50 other broadcasters around the world. The debate explores the causes of and cures for the enduring problem of severe poverty which still affects many people in the world.
It was recorded in front of a live audience in Johannesburg earlier this year. On the panel are Tony Blair, former UK Prime Minister; Oby Ezekwesili from the Open Society Foundation, Africa and a former Nigerian government minister; Moeltesi Mbeki, South African author and Chair of SA Institute of International Affairs; and Vandana Shiva, Indian activist, environmentalist and scientist. Chaired by Zeinab Badawi.

Can a good education provide an escape from poverty?

In ancient times in China, education was the only way out of poverty — in recent times it has been the best way. China’s economic boom and talk of the merits of hard work have created the expectation that to study is to escape poverty. But these days China’s higher education system only leads to jobs for a few, educating a new generation to unemployment and despair.

This film was originally released as part of THE WHY series WHY POVERTY?. Learn more about the project: https://www.thewhy.dk/projects/why-po…

We believe free access to information is a human right.

To combat unequal access to information THE WHY produces & donates documentaries to underserved countries and distributes them on a sliding fee scale to other broadcasters around the world.

I’m a Chinese from mainland China, and I have received high quality education there from elementary school all the way to the college. Now I’m a PhD candidate in the University of Chicago. It is the paid off of my hard work, but I also know I was lucky to have lived in a big city where education resources are abundant. Some of my friends or relatives have experienced the similar things that are filmed by the documentary, and I do know these shits are prevalent in most of the rural place of China. Thanks to the maker of the documentary to let the rest of the world know the struggle of the people(students) in Chinese rural place. Hope these kind of videos will bring attention from the Chinese government(at least I wish), and the people who are devoted to the education in the poor place from the other places outside of China. Believe me THEY ARE SMART AND HARD WORKING KIDS, and THEY DESERVE A PROMISING FUTURE. Thanks again to the maker.

Can we all just appreciate that mom and also her community who did what they could to help Wang Pan afford and expensive dream that doesn’t even assure a return of investment? That is selflessness 101

A cyclist mother loses her baby stroller when a path in the park takes a sharp turn. The carriage rolls off from her bike and into a nearby pond, to the horror of prank victims looking on, who run frantically to save the baby from drowning in the shallow water.